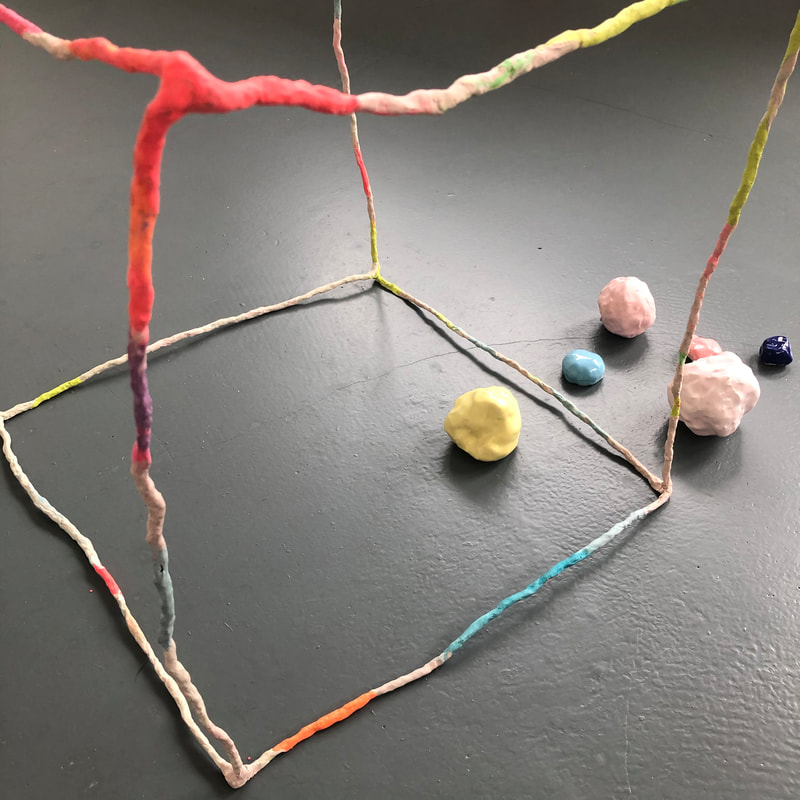 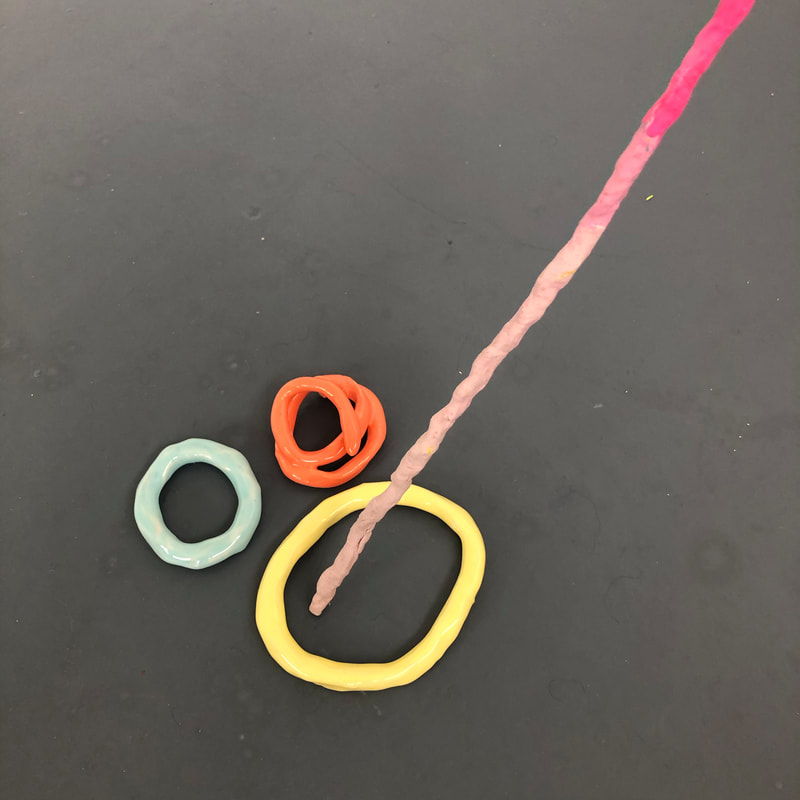 Sandra brought her work to Dursley from London on the train, bringing the ceramic pieces carefully wrapped in a large suitcase and the line pieces folded in a large cardboard box tied with string. After meeting at the station we drove into Bristol to see the current exhibitions at Spike Island and Arnolfini, before returning to Dursley for the install. Sandra used the studio space in the garden to exhibit her work and we agreed to serve soups inspired by her colour palette - leek and watercress, and beetroot (using some I had in the ground stil since last summer). The audience included artists, curators and friends who had travelled from as far as Cardiff, Bristol, Bath and Newcastle uopn Tyne. 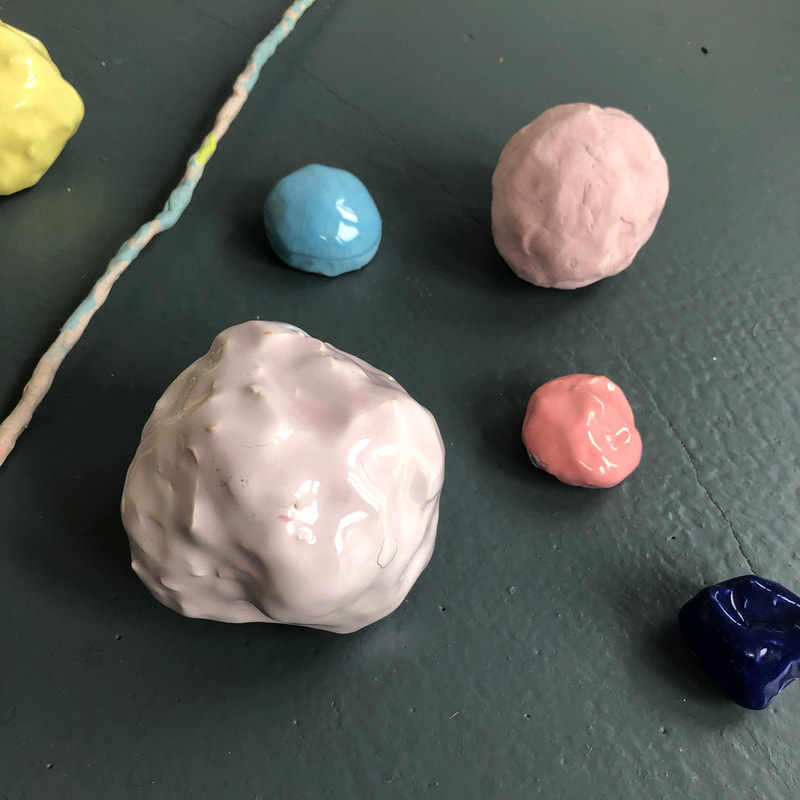 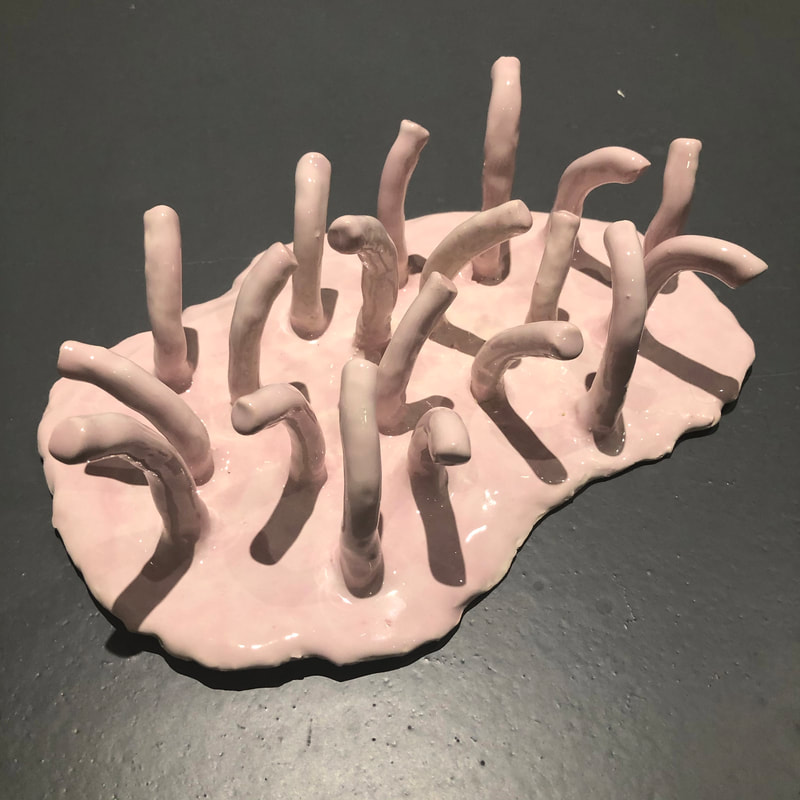 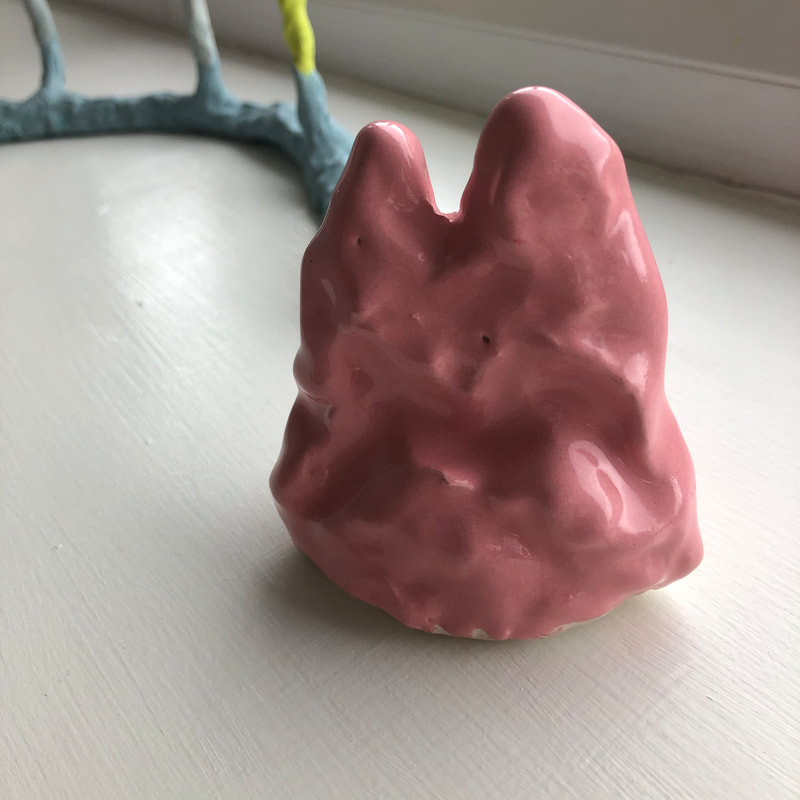 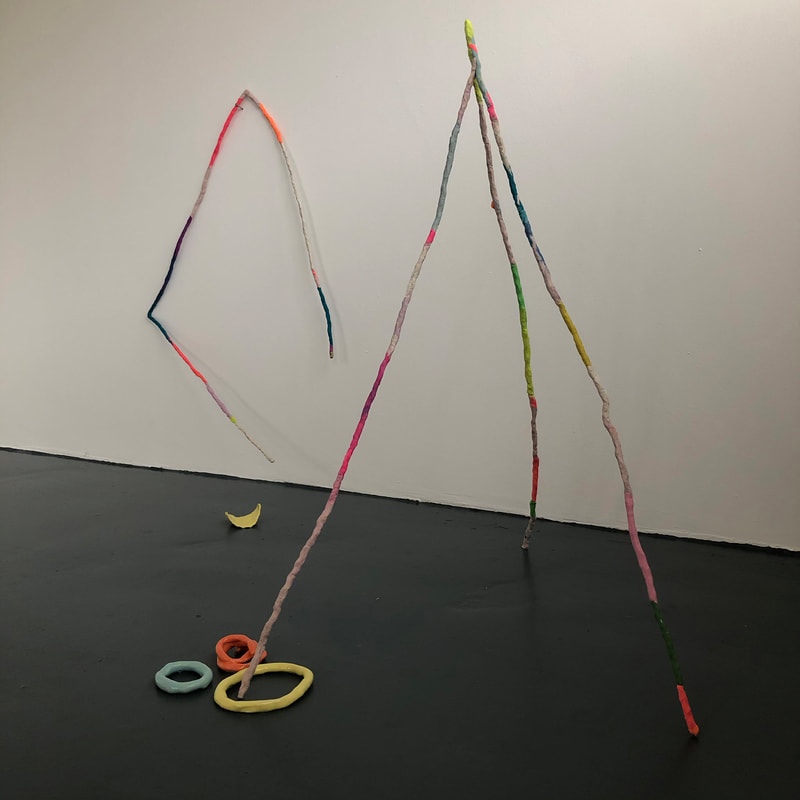 Following the exhibition I wrote a response to the work and the conversations Sandra and I had about her work, her beliefs and her approach to making:

The painted grey floor staged the work. It presented the work back to the audience that cautiously tiptoed through the obviously fragile and vulnerable characters.

On the window sill a pair of micro worlds played with their own reflections and called to the graden outside. Their hand pressed, sqidgey bases, outlining a space rather than rising up out of one congealed mass. Hooking up hoops and offering up prancing neon tipped performers and winged shoots.

They are the backstage performers stretching their limbs and warming up their voices. Their audience lingers in the undergrowth.

How might these characters move in the external world where the heavy grey sky bears down on their shoulders and the watery grass threatens to make them slip, trip and fall. Becoming appendages for their human carers, some fixed and others attached by corsets and straps - the softness of the body replicating the outline of a base, whilst they loop and scoop up towards the clouds, catching the branches of the trees and towering over rooftops.

Humans have become their stage and their voice - now its time to really listen, to hear what the strands of colour and movement are shouting from the depths of their beings.

-  We are the shoots of a new world. We are here to care for one another, looking after the small and overlooked. We notice the small and the vulnerable and nothing is left to waste. Everything is important and we are all relient on each other. The tall cannot grow and soar without the small at their base helping to hold them aloft.
-  Time is not a threat but an opportunity to become ever more playful. We are on the move. Traveling to new versions of ourselves - removed from our constant and context.
-  Our strength is in our ability to remain vulnerable and playful despite the weight of expectation.

The characters have bled onto the clothes, walls and into the environment. Touches of colour and shapes bounce back and forth until the distinction between viewer, performer and stage have dissolved.

Natasha MacVoy
Written on March 1st 2020 and emailed to Sandra. 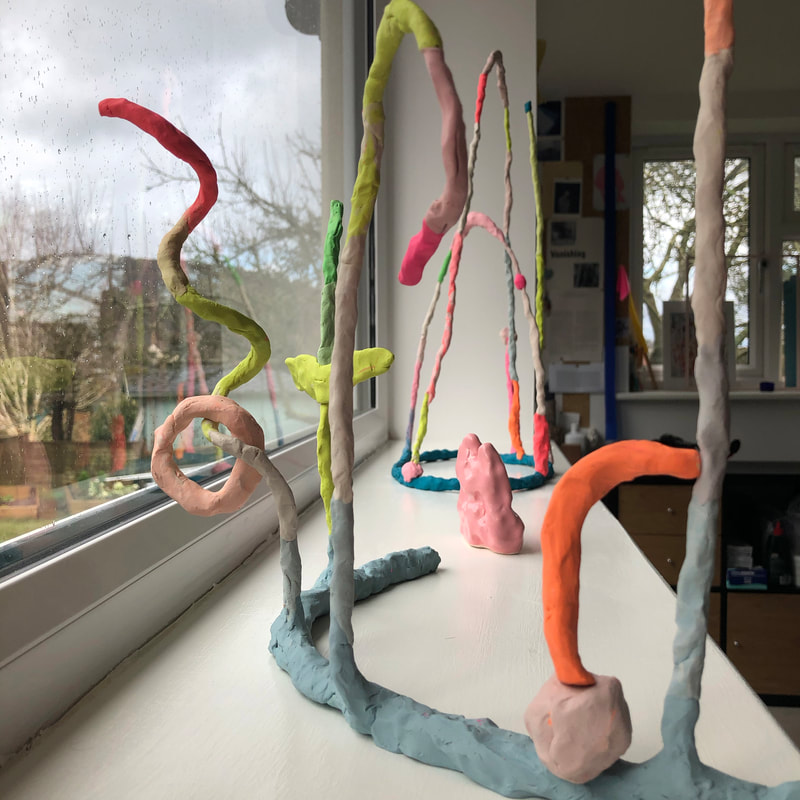 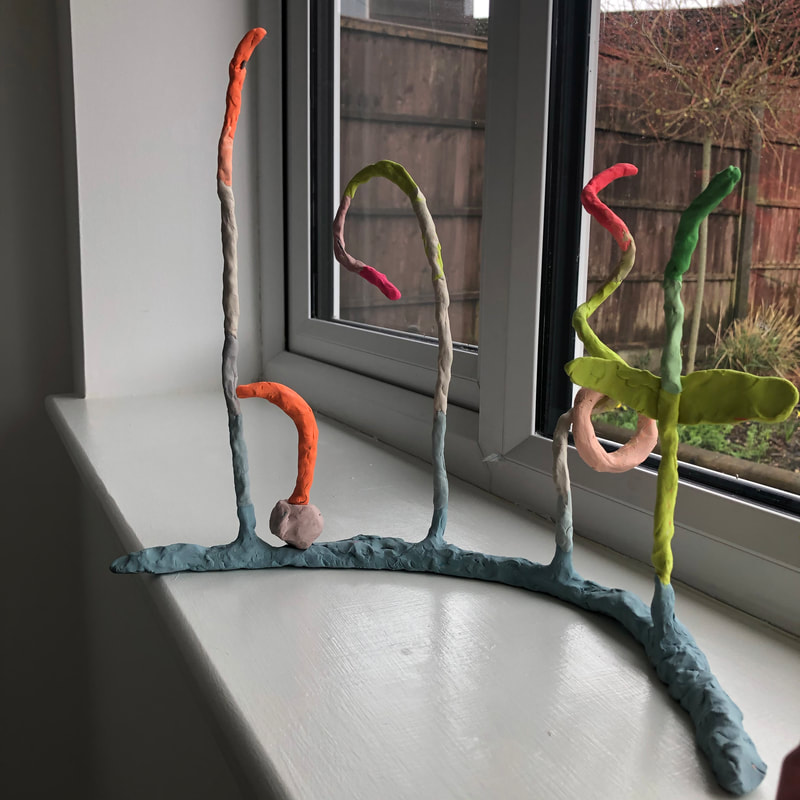 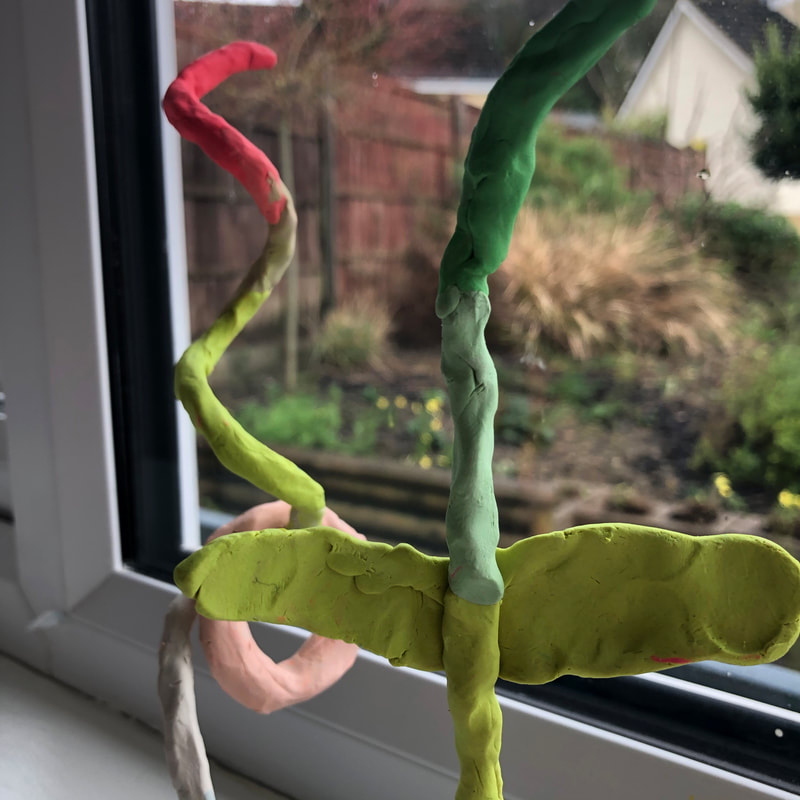 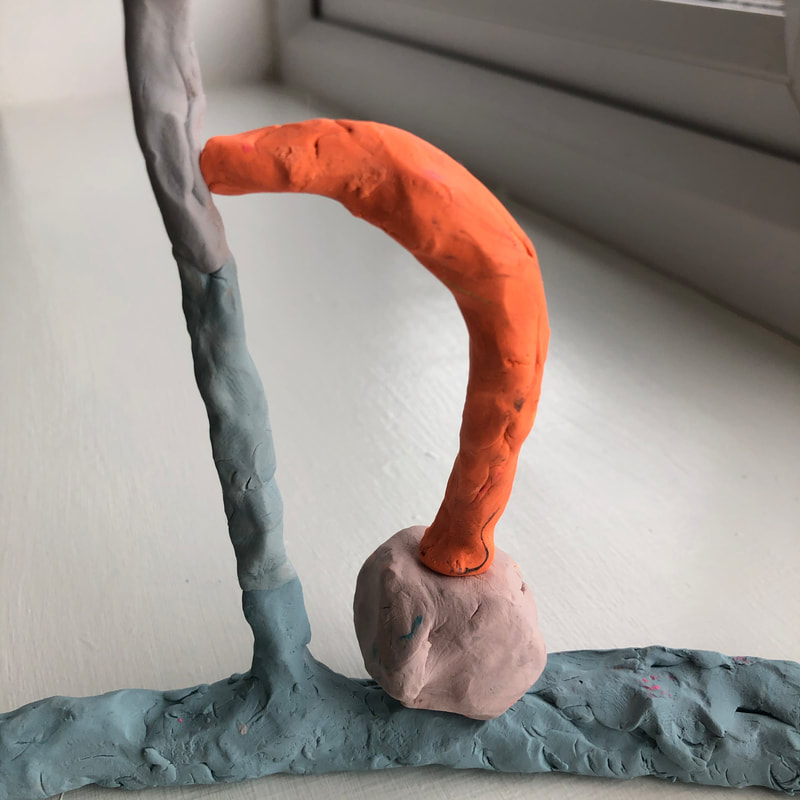 Works made with wire and plasticine displayed on the window sill. 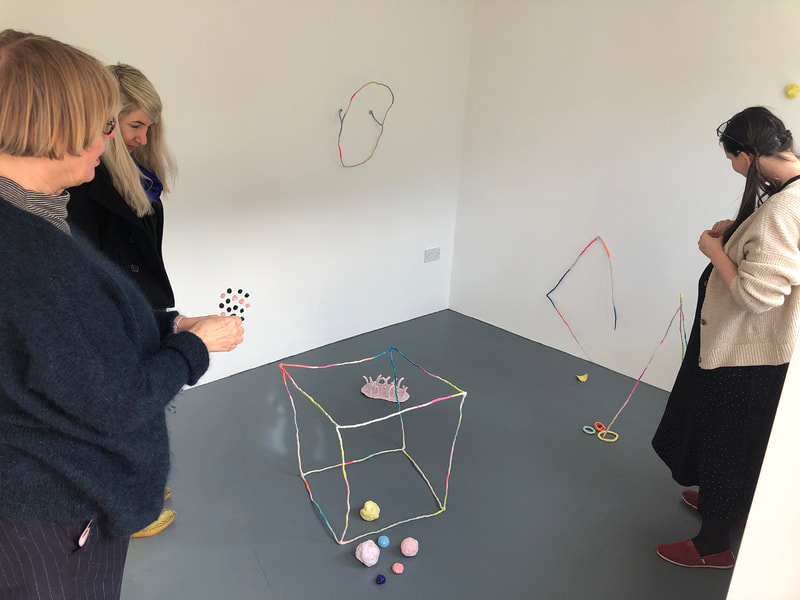 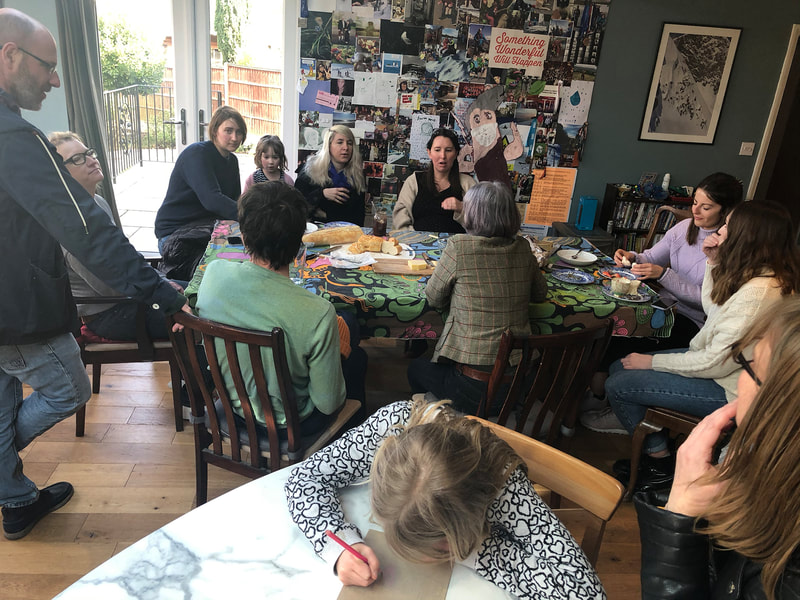 Sandra sharing her work with visitors and everyone sharing soup and conversation. 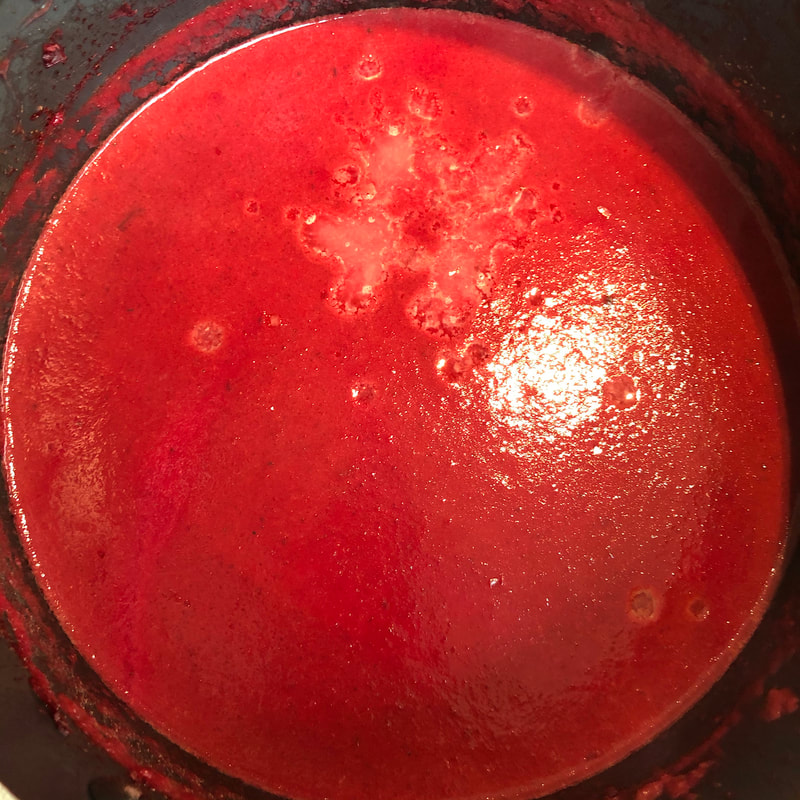 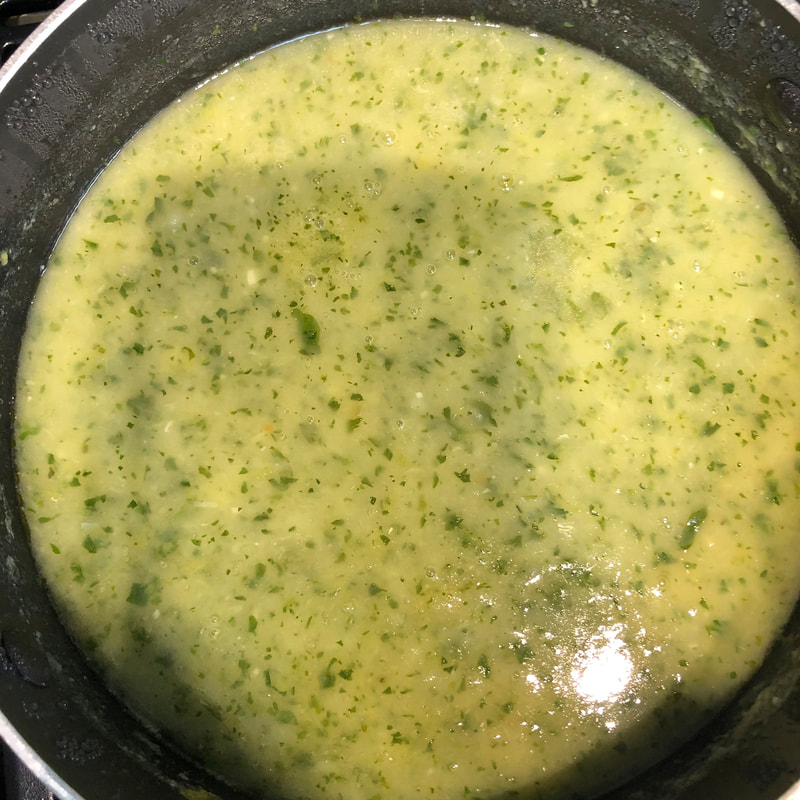 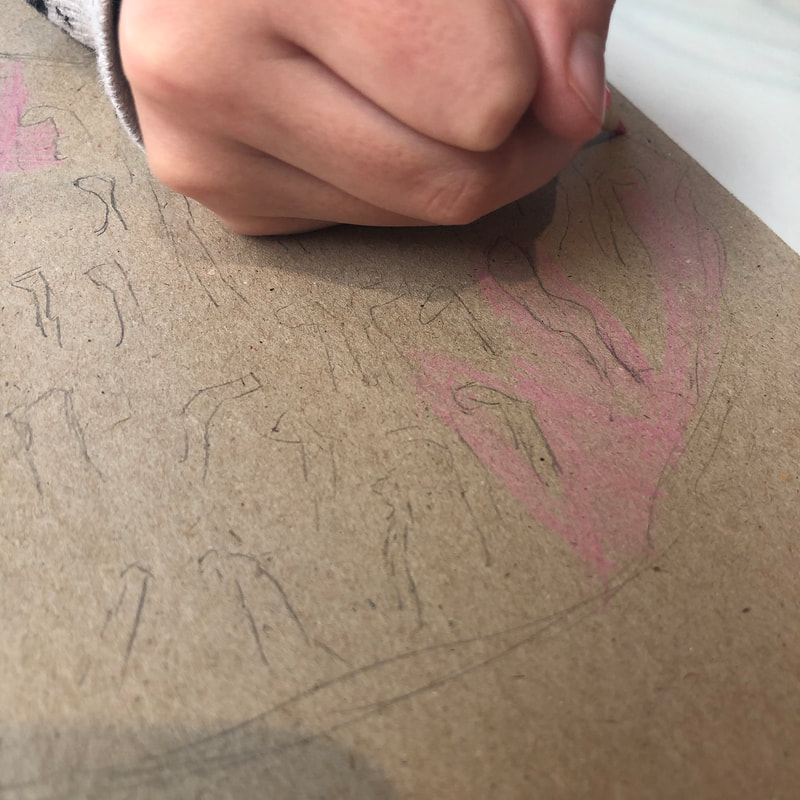 Beetroot soup, Leek and watercress soup and a drawing of Sandra's work by one young visitor.